There are dozens of special markings on the hands to consider when reading the hand. This article covers The Quadrangle, The Mystic Cross, and The Girdle of Venus. Don’t forget an important aspect of hand reading is to “add up” all of the significant markings before drawing a specific conclusion– one that factors all relevant considerations and reflects the individuality of the person. Just as every personality is different, so is every hand (because duh! the hand itself represents the personality + life path of the person).

The Quadrangle is very significant in all methods of hand analysis from around the world. The Quadrangle is comprised of the space between the Head and the Heart lines, and is synonymous with The Plain of Mars or Rahu in Vedic Palmistry. In publications from the last sixty years this area has been described in various ways:

“A much-lined quadrangle shows a person bound by their worries.”

It’s also been said that a Quadrangle with an extreme hour-glass shape to it, as if it’s pinched, shows the years of the most trial and conflict for the person.

In my own personal research, I’ve found the Quadrangle to show someone with an active temper! If the hollowed Plain of Mars/Quadrangle is on the receptive hand, it shows the person was born with a temperamental disposition but has worked to correct it. If reversed the opposite is true and the individual has developed a hot head in this lifetime.

The Quadrangle is also the site of the acclaimed Mystic Triangle, which is traditionally said to show a skill in the occult or psychic arts. If one side of the triangle is formed by the fate line, then the person’s entire life is said to be influenced by their aptitude for psychic skill. Plenty of people have these skills and don’t use them.

For instance: In addition to a Mystic Cross or Triangle, I would look and see if the Mount of Luna is prominent, or if a Ring of Solomon exists. Another strong signifier of psychic ability is sensitivity pads on every finger and/or a strong head line. Does the person have multiple markings in their hands that signify these abilities? Take that into consideration before making a claim.

Triangles are an auspicious mark in Vedic Palmistry. If you choose to look into this topic further, you may find these Triangles being called “Money Triangle” or “The Great Triangle”. I personally don’t give much significance to Triangles unless they exist on a Mount as an individual sign. Usually a triangle shows “brilliance” or “added energy.” But Triangles that are made up of lines aren’t as significant to me as other aspects of the lines. I could get into a whole conversation about it, but that’s for another place and time. For now it will suffice to say that triangles are… open to interpretation.

Another important mark that appears in this area of the hand is the Girdle of Venus. The Girdle of Venus is like a second Heart Line running under the Saturn and Apollo fingers. A Girdle of Venus represents tremendous sensitivity (of the heart). The person is said to have heightened awareness around the heart–so think of the heart like a conductor of energy (which it is) and a Girdle of Venus as showing so much electrical current is coursing through the heart line that a second line needed to be formed to support the energy channel.

The Girdle of Venus is often seen half-formed or composed of a series of little lines. This is actually a rare instance where the ill-formed line is considered a positive marking, because it shows the sensitivity in matters of the heart that usually comes with a prominent Girdle of Venus is not fully formed yet, or it has been repaired in some way.

Remembering that everything modifies everything else, one can check other aspects against the Girdle of Venus to see the severity of heart sensitivity in the individual. Is the heart line stronger than the head line to begin with? How large is the thumb? A short thumb will be more emotional than a large one. What is the quality and number of Influence Lines on the Mount of Venus? What about Lines of Worry? Keep these factors in mind.

These are renderings of energy channels as they relate to the neurological synapses of the mind, creating the personality and physical appearance of the person. I’ve accented the information I feel is important in interpreting the hands. These images are made from hand prints with color pencil and digital application. I hope you enjoy these END_OF_DOCUMENT_TOKEN_TO_BE_REPLACED

Selene was a Titan goddess in Greek mythology, daughter of the Titans Hyperion and Theia. She had two siblings, Helios and Eos. She was the goddess of the moon, which she drove every night across the skies. Selene was linked to Artemis as well as Hecate; all three were considered lunar goddesses. Luna is the Roman equivalent. 𝘛𝘩𝘦 𝘔𝘰𝘰𝘯 𝘳𝘶𝘭𝘦𝘴 𝘊𝘢𝘯𝘤𝘦𝘳 𝙋𝙤𝙨𝙞𝙩𝙞𝙫𝙚: Sensitive, END_OF_DOCUMENT_TOKEN_TO_BE_REPLACED

Aphrodite is the Olympian goddess of love, beauty, sexual pleasure, and fertility. Portrayed as both insatiable and unattainable, Aphrodite was born near the coast of Cythera out of the foam that Uranus‘ castrated genitals created when they fell into the sea. Even though Aphrodite was forced to marry Hephaestus, she had affairs with all Olympians except Zeus and Hades, most famously with Ares, the god of END_OF_DOCUMENT_TOKEN_TO_BE_REPLACED 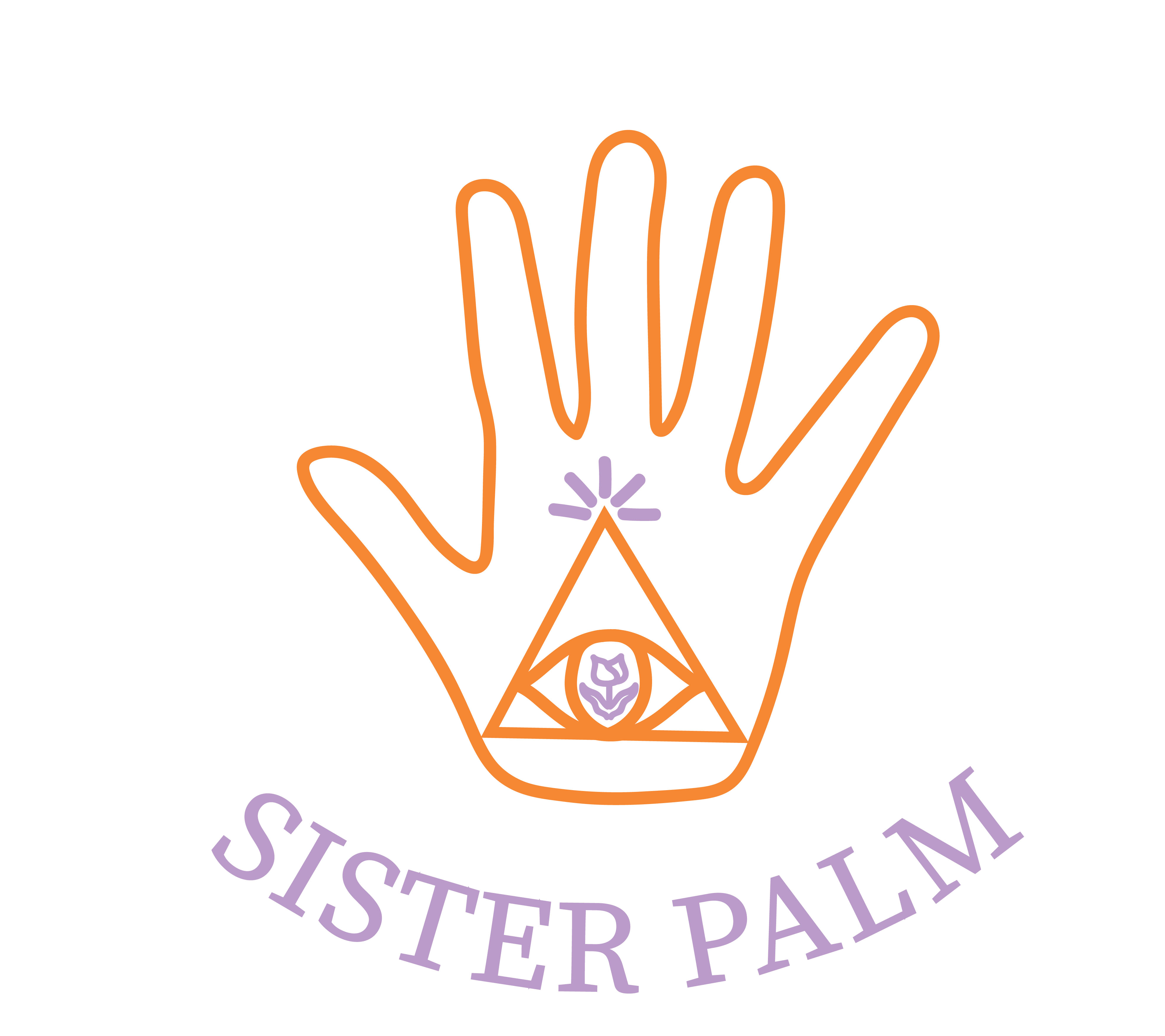 My name is Miriam. I am a Palm Reader & Clairvoyant from Austin, Texas. For over decade I've been studying hand reading & other divinatory arts, offering palm readings both over Zoom and in-person. Sister Palm was created from a passion to make palm readings modernly accessible as a form of self-discovery. View more posts